10 Worst Moments In Beer History – Number 10 Might Surprise You! 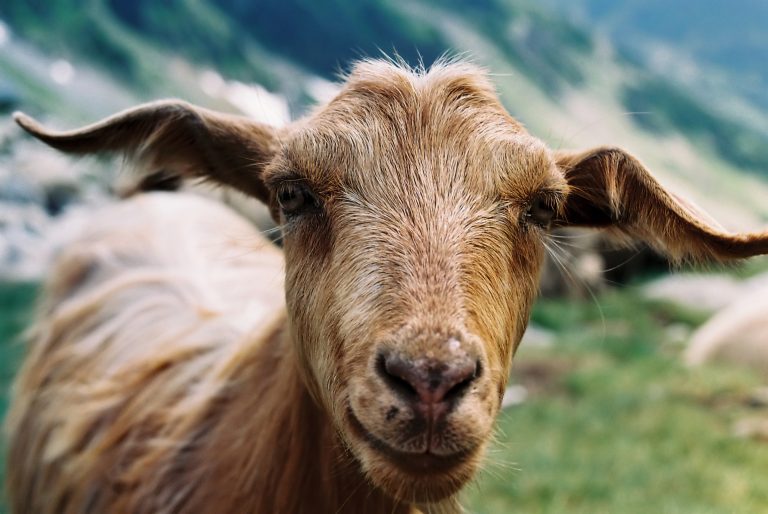 As mentioned in our 10 greatest moments in beer history article, beer has been a wonderful part of history. Sadly, beer has also been a part of some not so great moments as well.

Here are a few times in history when beer drinking has witnessed (or caused) some sad or strange times. Have a look at some of the worst moments in beer history.

The British government was in trouble. A war against Scotland led to war against the entire British islands. Britain was running out of money so parliament passed an “Excise Ordinance,” otherwise known as a law to quickly raise money. These taxes were passed only on a few items: soap, spirits, cider, and beer.

While meant to be a temporary measure, the excise ordinance basically became permanent. Now most countries tax beer and other alcoholic beverages.

Meux Brewery was one of the largest in London. At the time Meux brewed only porter, and used a giant wooden vat that was 22 feet long and capable of holding 18,000 imperial barrels of the delicious, fermenting brew (that’s roughly 780,000 U.S. gallons). It was one of multiple vats on the property.

At 4:30pm on a typical work day, one of the bands around the big vat burst. The foreman warned his supervisor, who said to proceed and that no harm would come. An hour later the vessel burst, which caused another vat to leak as well. The force of the porter completely destroyed the rear wall of the brewery, which was 25 feet high and two and a half bricks thick.

The neighborhood, composed of cheap slum housing, was hit by a 15-foot wave of porter which destroyed two houses and killed eight people.

The damage was considered as caused by an act of god, so the brewery did not have to pay any compensation. They were almost bankrupted by the loss of beer but were bailed out, in part, by the Excise Tax mentioned above.

As mentioned in the Greatest Moments in Beer History, Oktoberfest is easily the greatest beer party in the world. However, for the first time since the party began 44 years earlier, Oktoberfest was cancelled due to the Cholera outbreak.

However, Oktoberfest resumed the following year and continued as the world’s biggest 16-day rager every year until it was cancelled in 1866 due to the Austro-Prussian War.

The worst war in the young history of the United States was tearing the country apart. North vs. South, with mounting casualties and expenses, was tearing up the economy and threatening our collapse. President Abraham Lincoln needed a way to finance the North’s efforts. Unfortunately, one of his measures was to tax beer. At the time there were over 4,000 independent breweries across the country.

There was another split during the war, but this was just on the Union side: beer drinkers vs. non-beer drinkers. The war broke out during a wave of the temperance movement and soldiers were not allowed to drink, EXCEPT for the German immigrants who were proud to fight for the union and proud beer drinkers. Their commanding officers were okay with their troops drinking.

Naturally, the American born soldiers were not happy with this arrangement and would come to the German camps and try to raid their supply. This led to German troops guarding their stash. General William Tecumseh Sherman might have been thinking of the beer fights when he uttered the now famous “war is hell.”

Without a doubt, the worst moment in beer history was the U.S. prohibition of alcohol. A temperance movement had been gaining ground for decades, with politicians and religious leaders claiming that alcohol was the root of all problems in America. Eradicating it would not only stop a lot of bad habits, but would also eliminate the motivation of criminals. Or so it was thought.

Following decades of a temperance ebb and flow (see the Civil War entry above, over 50 years earlier) the movement finally caught on. In January of 1919, the 18th Amendment to the U.S. Constitution was ratified, calling for national prohibition to begin one year later. Despite immediate protest, the law was enforced. Across the pond, future Prime Minister (and avid alcohol drinker) Winston Churchill said that the idea of Prohibition “an affront to the whole history of mankind.”

Of course, banning alcohol did not solve bad morality or crime. The 1920s saw an increase in speakeasies, and illegal bootleggers made alcohol or brought it in from Canada or Mexico. And faster than you can say “Al Capone,” drinking and “immoral behavior” continued.

The amendment remained until after Franklin Roosevelt was elected in 1932. While campaigning, he vowed to repeal the 18th amendment. In 1933 states were allowed to choose to repeal, and by December most had taken that step. The American beer nightmare was officially over.

Schlitz beer, like much of the popular beer in 19th Century America, came from German immigrants. The brewery opened in the 1850s and soon became one of America’s favorite beers. Following the repeal of Prohibition Schlitz cornered the market, beating out Anheuser-Busch to be the top selling beer in America.

In the 1950s Schlitz executives made the decision to cut costs and improve the profit. They made a number of changes which were rolled out gradually so the consumer wouldn’t notice. These changes would sink its popularity and make it nearly undrinkable. They replaced malted barley with corn syrup. They substituted fresh hops with cheaper hop pellets. They cut brewing time from 25 days down to 21 days, then down to 15 days. Because they now aged their beer quicker, they added silica gel to the beer to prevent a haze from forming when chilled.

But they drinkers knew something was up. And they stopped drinking. Schlitz’s popularity dropped off so quickly that they lost an estimated 90% of their value, and were bought out by Strohs. The debt of Schlitz was so big that Strohs couldn’t overcome it, and was eventually bought out by Pabst.

The method of slowly cutting costs and reducing the quality of the product is now taught in business schools as “The Schlitz Mistake.”

Baseball fans know that a cold beer (or two) is the perfect complement to watching a ball game live. Major League Baseball’s Cleveland Indians hosted the Texas Rangers on a Tuesday night.

To draw more fans to this mid-week game between two mediocre teams the Cleveland owner had a great idea: all beers would cost only ten cents (regularly priced beer at the time was 65 cents). Also, there was no limit to the amount of beer a fan could purchase during the game. However, there was a modicum of dignity involved: individual fans were limited to only six beers per purchase.

As you can imagine, things got crazy pretty quickly. Fans got drunk in the early innings. There were flashers and streakers (both male and female). A Ranger’s coach was pelted with hot dogs. Firecrackers were thrown into the Rangers bullpen. With the game tied in the ninth, a fan burst onto the field and stole a player’s cap.

The Rangers burst from the dugout carrying bats. Fans burst from the stands, some armed with knives, chains and clubs. At one point 200 drunken fans surrounded 25 Rangers. The Indians manager ordered his players to pick up bats and defend their opponent against their own fans. Rioting continued for 20 minutes until the police arrived. The game was ruled a forfeit win to Texas.

Anheuser-Busch introduces their version of light beer, which was meant to rival Miller Lite. Called Anheuser-Busch Natural Light, it was eventually just shortened to “Natural Light.” It is now widely known as the worst beer in the world, coming in last at various tastings.

So why was it so popular? Natural Light was distributed in 30-can cases instead of the usual 24. And college partiers and tailgaters rejoiced.

Since its beginning, Octoberfest has always been the greatest beer party in the world. Unfortunately, in 1980 a neo-Nazi extremist detonated a hand grenade packed with nails in the midst of the celebration, killing 13 revelers and wounding 225.

It was Germany’s deadliest-ever right-wing terrorist attack. Fortunately since then Octoberfest has upped its security and remains a safe place for enjoying

Lajitas is a small town of about 100 people in Texas, along the Rio Grande River near Big Bend National Park. In 1986 this town elected Clay Henry as mayor of their proud town. Two things to know about Clay: first, he loved beer. Drank it all day long. Crack one open and he would chug it dry, then move on to the next beer.

The other thing to know about Clay:

He was a goat.

Yep, a four-legged animal. And he loved beer. If a kind human with opposable thumbs would open a bottle, Clay would grab it and hold the bottle between his teeth until it was gone.

It was a good life for Clay. For a while. And then, during mating season, Clay Henry got in a drunken fight over a girl. Two things to know about that fight: first, yes, the girl was a goat, and he got in a fight with another goat.

The other thing to know about the fight:

Clay was killed by Clay Henry Jr. His own son.

Yes, two drunken goats, father and son, fought to the death over a girl. Which proves that beer can be dangerous when it’s in the wrong hands… or hooves.