What You Should Know About Helium Beer – The Truth Revealed! 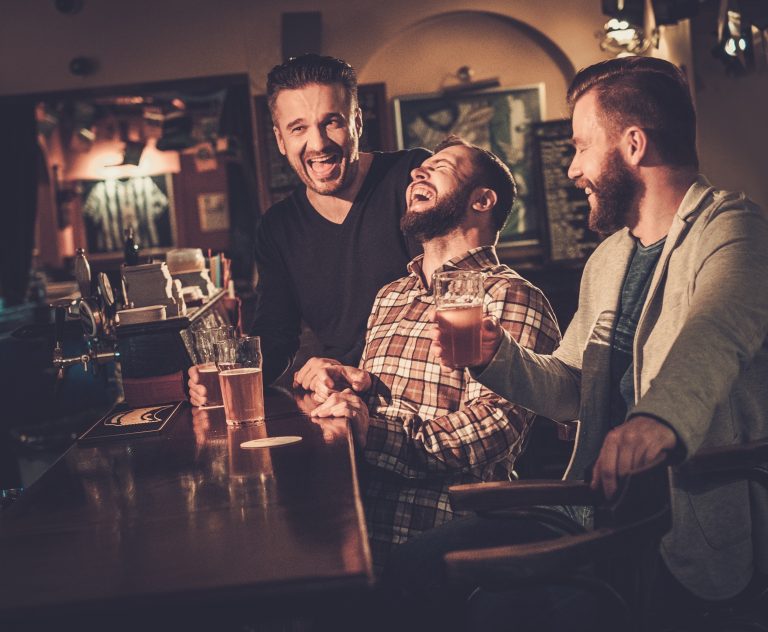 Every once in a while, a new trend comes along and shakes up the brewing world. From fermentation to the development of certain yeasts, porters, ales, I.P.A.s, the list of new ideas in brewing are peppered throughout history.

Helium infused beer was “created” in 2014 and the internet can’t seem to get enough.  Everybody is looking to get their hands on some.

So how did it become such a phenomenon? Why does the topic still continue to pop up again and again? And is it possible to actually make infused beer with helium?

Read on for the truth:

What Is Helium Beer? - The Origin Story

This story runs strong because of its origin. The first notion of infused beer with helium came from two reputable breweries: Sam Adams and Stone Brewery. BOTH coincidentally released videos of their newest product on the same day. Sam Adams’ founder Jim Koch released a video regarding their latest beverage, HeliYUM. Upon drinking it, he began speaking in a high-pitched voice.

The EXACT same day Stone Brewery announced the release of Stone Stochasticity Project Cr(He)am Ale. Not only was it their first product released in a can, but it was created to “push the boundaries of the craft brewing industry and science alike—a beer infused with helium.”

Stone brewers added that they double dry-hopped it to add a more tropical touch to it. Also, as expected, the brewers took a sip and immediately spoke in high-pitched voices.

Was it a coincidence that both HeliYUM and Cr(He)am Ale were released on the same day? Probably? But it’s very important to note that the date they were both released was April 1st, 2014.

Both breweries played a joke on their fans. And it worked.

The news of these fake beverages quickly spread. And soon the brew-drinking public was clamoring for it, wondering when it would arrive in their favorite bar or beverage store. Savvy fans caught on to the joke quickly, but as the great Mark Twain once was reported to have said “A lie can travel halfway around the world before the truth can get its boots on.”

A year later, on the eve of April fools Day 2015, a popular drinking vlog released their video imbibed beer with helium on camera, with the same high-pitched squeaky result. This video reignited the myth and to date, has nearly two million views.

But here is the most important thing about helium infused beer: It’s a myth. Made up completely. It does not exist. It has never existed.

So now it’s time to talk a little science on why it can’t actually be done.  When dealing with the real chemical properties of helium, it is just not chemically possible to create such a beer.

So here are some facts.

1. Helium Is One Of The Least Soluble Gases

By “not soluble” it means that it is extremely difficult (almost impossible) for it to stay suspended in a liquid. In fact, it is about 700 times less soluble than carbon dioxide. You can’t carbonate with it the same way you can with carbon dioxide or nitrogen.

2. It's Impossible To Put Liquid Helium In Beer

This is simply not possible as it turns from liquid to gas at a mindbogglingly low temperature of -220°F. This means your ale or stout would be completely frozen. Not what you mean when you say you want to “grab a cold one.”

Well, not really, but if somehow you managed to contain helium in beer when you opened it there would be extreme gushing (a.k.a. fobbing) which is the rapid release of all liquid. Yep, it would shoot out everywhere, leaving very little left in your can to enjoy.

So the science doesn’t back it up, but it doesn’t stop people from believing.

In fact, these weren’t the first myths about brewer chemistry experiments with gases. Back in 1994 a rumor flew fast and hard about Hydrogen brew coming out of Japan. Articles were spread online about the new Suiso brew from Asaka Brewing Company which infused hydrogen, not only creating a new flavor but once again causing high-pitched squeaky voices to whomever drank this experimental drink.

They even claimed to pack each bottle in special crates lined with concrete to prevent chain reactions in case there were any explosions during transit.

So yes, this is definitely a myth. Despite the far-fetched “facts” that were spread (exploding bottles! safety valves in the bottle caps! a then astronomical price of $11 a bottle!) it was mentioned by reputable publications such as the New York Times, Washington Post, and Boston Globe which helped spread the myth.

Not only is there no hydrogen infused drinks anywhere, but there is no brand named Suiso or even a brewery named Asaka! It was all a joke that continues to live on.

The Truth About Helium Beer

This type of beer is so intriguing and popular that the actual term “Helium Beer” is searched online almost 30,000 times a month.

So we will make it easy and quickly answer a few questions that people seem to be asking and searching for on a daily basis.

Where Can You Get Helium Beer?

How is Helium Beer Made?

Why Does This Helium Beer Myth Live On?

People love strange but true stories, even if there is more strange than true. As we all now know, just because an article appears on the internet doesn’t mean it’s real, and a quick fact check will disprove many wild claims.

Another reason why this myth lives on is that infused beer with helium sounds like something exotic to try. And all of us who enjoy a cold brew are looking for something different from time to time, whether it’s a fine craft beer or the finest brews from other countries around the world.

If you are disappointed in not being the first in your town to try beer with helium, then we are happy to recommend the following strange beers that ACTUALLY do exist:

So, enjoy these oddities if you can find them, but please remember these two things:

1) Fact check articles that are hard to believe.

2) Unless you have a degree in chemistry, do NOT attempt to mix gases with your home brew batch.