Frequently Asked Questions About Brewing Beer At Home: Everything You Wanted To Know, But Were Afraid To Ask

If you are on the fence about whether or not you should get into brewing your own craft beer at home, keep reading.

There are some misconceptions when it comes to making beer, so we have put together a list of the most common homebrewing questions and their answers.

Is Homebrewing Legal in the United States?

Yes it is legal. After prohibition ended in 1933, homebrewing was federally legalized in the United States in 1978.

Although each state can individually regulate homebrewing, it is currently legal in all 50 states.  Alabama and Mississippi were the last two states to come aboard as recently as 2013.

For the most part, brewing your own beer at home is safe, but there are a few things that can be dangerous and cause injuries if you are not careful or paying attention.

Burns from boil-overs and the hot wort would probably the most common injury with homebrewing, but other risks include cuts from broken glass and the very rare fire if using electrical appliances.

But don’t let that scare you.  You can also get burnt baking cookies or get cut licking an envelope too.

How Long Does It Take To Make Your Own Beer?

One question that a home brewer is often asked is, how long does it take to brew beer?

Depending whether you are extract brewing or all-grain brewing, your brew day can be anywhere between 1-1/2 hours up to 9 hours or more. But the time it takes to finally get to drink the beer is much longer depending on the type and style of beer.

With fermentation and bottle conditioning, you really won’t be able to enjoy your masterpiece for at least 5 weeks at the minimum. And certain beer styles may take up to a year or more.

Is It Cheaper To Make Your Own Beer?

First, let me say that the majority of homebrewers DO NOT brew beer to save money. They do it because brewing beer is fun. But yes making your own beer can be eventually cheaper in the long run compared to buying it at a store. That is if you brew more than one or two batches.

We won’t dig into the math too much, but here is a quick example: Assuming you already have a 20-quart brew pot, the initial brewing equipment, a 5-gallon extract beer ingredient kit, and 48 twelve-ounce glass bottles, your upfront costs should run you around $150.00.  It makes sense that these numbers will vary a bit one way or the other, but that comes out to be about $3.12 per 12-ounce bottle.

Now the next time you brew, you already have the equipment and bottles, and all you just need is a beer ingredient kit. These kits can range from $25.00 to $50.00 depending on the style of beer. And the bottle caps are included in the kit.

So lets say the kit you buy is $30.00, the price per bottle now drops to about .62 cents a bottle. So after you get a few brew days under your belt, you will see that making your own beer can be cheaper than buying it.

Like any hobby, you can spend a little or you can spend a lot. A new homebrewer can buy a starter kit with an included beer ingredient kit that will make 5 gallons of beer for under $100.00.

Then on the flip side, the more advanced brewers can spend thousands of dollars to outfit their home brewery with all the bells and whistles.

It’s up to you how much you are willing to invest into the hobby.

What Equipment Do You Need For Homebrewing?

You just might have some of the stuff you need already in the kitchen.  But the good thing about homebrewing is that you can keep your brewing equipment separate buy getting a complete starter beer kit that has everything you need to get started brewing right away.

Of course there are extra pieces of equipment that are completely optional and can be bought later on down the road. For a detailed list of everything that is needed to begin brewing, read our equipment guide here.

How Difficult Is Homebrewing?

If you think brewing your own beer is too difficult to do, think again.

Homebrewing is actually a simple process and can be done in a very small area, with a minimal amount of equipment.  But while it really is easy to brew, mastering the art can be a bit more difficult.  Home brewers often like to experiment with different brewing equipment and ingredients, trying to produce the next great tasting craft beer.

But for the average DIY brewer, making a batch of beer is no problem at all.

What Is The Best Homebrewing Kit For Beginners?

Fortunately, there are quite a few complete beer making kits on the market that are perfect for a beginner.

These “starter” kits come with most everything you need on brew day, but upgraded kits will come with some advanced equipment that you don’t necessarily need when just starting out.  Although you can buy smaller 1 or 2-gallon kits, it is recommended to start with the 5-gallon beer kits.

Check out our review post of the best home brewing kits, if you would like to see which ones we recommend.

What Kind Of Beer Can I Make At Home?

While you can make just about any style of beer you wish, there is a difference between a lager and an ale.  Brewing a lager can be a more difficult process and requires additional equipment, and is really not recommended especially for a new homebrewer.

But with that said, just about any other style of beer can be made, including American Pale Ales, IPAs, Hefeweizen’s, Stouts, Witbier, Dunkelweizen’s, and more.

So by far, the easiest beer to brew would be an ale, and with all the available beer ingredient kits, you will never run out of beer styles to brew.

Will drinking expired beer make you sick? Yes, beer can expire, but no, it won’t make you sick if you drink it.  It just might be flat and not very tasty.  Many commercial breweries have “born on” dates, and recommend that the beer is consumed within a certain time period for the best and freshest taste.

But some beers actually take on more flavor characteristics and taste better with a longer aging time.  In fact, there are a few styles of beer that are not ready to drink for a few years after bottling.

What Are The Main Ingredients In Beer?

It’s hard to imagine with so many styles and flavors of beer, that every beer you drink consists of just 4 main ingredients. Although brewers can add fruits, spices, and other ingredients, water, grains, hops, and yeast are the standard ingredients.

For a more detailed answer to this question and the role that each ingredient plays during the beer brewing process, check out this page here.

For most of us who home brew, it’s not only fun, but can be very addicting too.  There really is something special when you are able to create your very own craft beer from scratch, and then share it with family and friends.

Having the opportunity to try new brewing equipment and brew just about any flavor of beer you can think of, is why it is such a great hobby to get into. And it’s always more fun when you have a brewing buddy too.

How Do I Start Homebrewing?

I would start off by exploring our website where we review many types of equipment, home brewing books, and online video courses, along with other guides and useful information to get you started on the right foot.

Then set aside a few hours for brew day and get started. 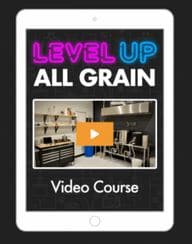