Homebrewing has become an extremely popular hobby in recent years, with even more turning to it over the last few months while they have more time at home.

For successful homebrewing, you need to have the right equipment that will make your brew day run smoother, which can result in a better tasting beer.

No we are not talking about a creepy crawling Arachnid. We are taking about finding the best hop spider and grain bag for homebrewing.

A hob spider or hop bag is a type of filter that allows you to add hops at different stages during the boil without the remnants from the pellets or cones that can leave a nasty mess and clog your equipment.

During the transfer of the wort to the fermenter, the more hop material that you leave behind in the brewing kettle the better.  Less trub in your fementer can also lead to a much clearer beer.

Whether you are looking for a simple hop spider and brewing bag, or a stainless-steel hop filter, take a look at the ones listed below and see which one you prefer.

If you don’t have the time to look at the hop spiders listed below, here is a quick glance at the ones you have a look at.

This stainless-steel hope spider from G Francis is used to keep the debris out of your brewing equipment. It can be used for brewing beer, filtering coffee, making tea or putting into a boil pot.

Stainless steel is ideal for hop spiders, as it is non-toxic, anti-rust, is bacteria-free, and is resistant to acid and alkali. It is also very safe to use, thanks to its resistance to heat.

To use this spider, just hang it onto the edge of your pot using the two hanging hooks, which are stable and easy to use.

This hop spider from GooDay has a good filtering performance, thanks to the 300-micron mesh that gives precision filtration. The two hooks attach the filter over the edge of your brewing kettle, making this filter easy to use.

The fine mesh can be accidentally damages during handling, so you need to handle, clean, and store this hop filter carefully if you want it to last.

For dry-hopping, this hop spider from Fangfang is perfect to use for beer brewing, coffee, or other drinks to filter out any impurities. Just place the filter over the edge of the brewing pot and add the ingredients directly to the spider.

The cartridge is made of a durable stainless steel for quality, which is non-toxic, easy to clean, resistant to alkali, and high temperatures.

Unlike many of the other options, this spider has a lid, but the lid has larger holes than the filter cartridge which can be a problem when dry hopping in a Cornelius keg.

If you would rather use a brewing bag for your hop additions, instead of a mesh filter, this hop spider from Strange Brew is what you are looking for.

Along with a brewing bag, this kettle spider can be used to steep a small amount of grains when using an extract kit, or for adding the bittering or aroma hops during the boil.

This spider will allow you to keep the grain bag off the bottom of the kettle, preventing scorching, and keeps the ideal placement in the center of the brewing kettle.

This model comes with 9-inch arms which will fit most sized kettles and brew pots.  Make sure you have the right size boiling bags on hand before brew day.

A quality brew bag from The Weekend Brewer is what you need when “brewing in a bag”, or for your hop additions. These reusable brewing bags are easier to use, and much less expensive than traditional mash tuns.

These brew bags are made from durable polyester, so the bags can be washed and reused over and over. This brew bag is built and designed to keep the crushed grains inside of the bag, and not the wort.

If using during boiling for hop additions, just make sure the bag is not touching the bottom of the kettle, or it can stick and burn.

If you prefer hop bags to the traditional hop spiders, these Bellemei reusable brew bags can also be used to make cider, jam, or fruit wine.

The extra-large size means you can use these bags for some of your largest recipes. This bag will fit up to a large 17″ kettle, and hold of to 20 pounds of grains.

After use, you can clean the bags by rinsing them with water and hand wash with soap and water, or just toss into the washing machine.

Why Should You Use a Hop Spider?

A hop spider can be used to add hops throughout the brew. You won’t have to fish in boiling hot hops to retrieve bags of hops, or mess with multiple bags, or worry if you’ve tied them properly.

They’re also a lot less mess for you to clean up, leaving you more time for brewing and drinking your beer!

What Are The Benefits Of Using A Hop Spider?

Homebrewing can be a messy business, and a hop spider makes the cleanup task much easier. All the sludge left behind from your hops is caught in the spider, so you can just fish it out and dump out the drugs, with minimal mess and stress.

They also reduce the amount of that sludge that gets into your beer, so you don’t have any solids left in the mix as you work.

What To Look For When Buying A Hop Spider?

Make sure you choose a hop spider that is the right size for your hop kettle. It needs to be large enough to let the largest amount of hops you intend to use fit easily inside.

Remember that the hops will swell as they absorb wort. This is a good thing, as it means the word is coming into contact with the hops, but remember that they will take up more space. If your spider is too small, it could block circulation as the hops continue to swell.

If you do stove-top, partial boil brewing, which is typical for malt extract brewers, then choose a model of spider that is small enough not to bottom out in your kettle, and will still allow enough room for proper circulation.

A leggy hop spider can be useful, as you can use different sized hop bags to raise or lower the hop charge if you need to.

A canister style spider is usually the more durable model. Choose one made from stainless steel, and don’t run the risk of scorching if the spider hits the bottom of the kettle.

You could try to make your own hop spider if you can’t find one that you like.

Both can be very effective to manage the sludge of hops, but some homebrewers feel very strongly about which they prefer to use.

In a hop bag, there is a risk that, when dry hopping where there is no agitation, hops can become swollen and become compacted in the bag. This has a negative effect on utilization. This can be counteracted when using a boil or whirlpool, as the clump of hop pulp can be better exposed to the wort.

This problem doesn’t come up with spiders, where there is usually more room for the pulp to be stirred up by a boil or whirlpool. The larger size allows for the wort to circulate around the hop matter much more effectively.

A hop bag is smaller in volume and is more mobile, which leads to easier heat and fluid flow penetration than with a larger volume, more static spider.

Which is the better option? Try both and see which gives you the best results!

How Do You Clean a Hop Spider?

After use, a stainless-steel hop spider can be rinsed off under the tap and then put into the dishwasher or hand washed with warm soapy water. For more stubborn grime, and a deep clean, you can also let the filter soak in Powdered Brewery Wash (PBW).

Dry hopping is a brewing term for adding hops late in the process of brewing. For most brews, hops are added at multiple intervals, usually at the beginning of the boil, and then again towards the end. Many homebrewers like to use a hop canister filter and dry-hop while the beer is in a keg.

Hops are the flowers of a plant called Humulus lupulus. Hops help to keep beer fresher for longer, helps a beer to hold its head of foam, and add a hoppy aroma, flavor, and bitterness.

Hops that are added earlier in the brewing process tend to add bitterness, whereas hops that are added in later, tend to infuse the beer with more aromatics of hops. Dry hopping does the latter and is a great way to add more aroma and flavor after fermentation is complete.

When dry hopping, as no volatile oils are boiled off, the brewer can get as much of the flavor and aroma as possible into the finished beer. This can give you beer a strong floral hop characteristic, that is desirable in beer styles like IPAs and other pale ales.

The lack of boiling can be a potential con of drop hopping. As they are not boiled, the hops are not sanitized. This is a worry to some brewers, especially for those who are new to dry hopping.

In fact, the hops do not offer an environment that will support most types of bacteria. If hops are added to the primary fermenter after the start of fermentation, any bacteria will have a hard time competing with the active yeast that is in the wort.

The main drawback of dry hopping is that some beer drinkers just don’t enjoy the taste. For some drinkers, they find that dry hopping makes the finished beer taste grassy or oily. If you like commercial dry-hopped beers, you will probably like home-brewed ones too!

The best hop spider and grain bag from the options we reviewed is the stainless steel hop filter from G Francis.

Of all the options for hop spiders, this is the sturdiest, which is important if you want a spider than you can reuse again and again. A spider must be simple to use and be able to last for years and many brews.

This particular spider checks all the boxes.

You will get great value for the money from multiple uses. This Hopper Spider Strainer is easy to clean and will fit sturdily into your kettle or pot, so you don’t have to worry about spilling hops into your beer or having lots of sludge to clean up afterwards.

If you just need a simple grain bag when using the BIAB method, the best choice is the brew bag from The Weekend Brewer.  One inexpensive brew bag can be used over and over and be ready for your next brew day. 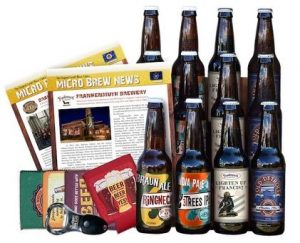 The Original Craft Beer Club Review In 2021: A Look Inside The Membership 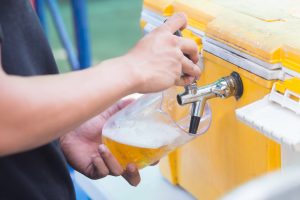 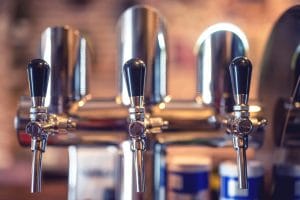 The Ultimate Guide To Draft Beer Taps and Faucets: Everything You Need To Know 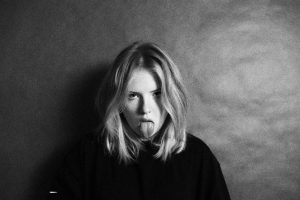 How To Fix Off-Flavors In Your Homebrew: 10 Common Causes and How To Fix Them 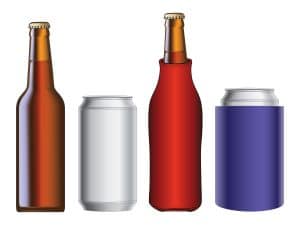