Best Polish Beers To Try: Our Top 10 Beers From Poland 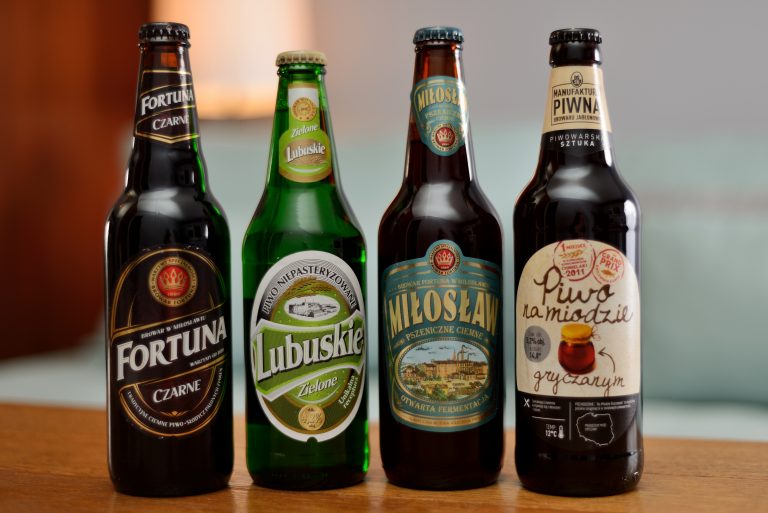 Did you know that you can try some of the best polish beers without actually going to Poland?

Most beer fanatics know that Central and Western Europe is where modern beer originates. Today, beer from the United States, United Kingdom, Japan, Mexico, Belgium, Germany, Italy, and Austria are what set the high standard for what is enjoyed around the world today.

Lesser known but no less enjoyable is the rich history of beer from Poland. For over 1,000 years, Polish beer or “piwo,” has been enjoyed by beer drinkers from all over the globe.

Many of these Polish breweries are often underrated and don’t get the same recognition as beer from other countries. There are many craft beers being brewed and enjoyed every day, and many of these beers are brewed in Poland.

What Are The Beer Brands From Poland?

Fans of alcohol know that Polish vodka and Krupnik, which is a sweet liquor, are two of the main staples in Poland, but beer is right up there in popularity.

One thing to know is that beer from Poland can be very strong. If your beer label says “Mocne,” then your beer will be extra-strong. Extra-strong is popular in Poland as many of their beers contain higher alcohol contents.

We have “tasted” our way through Poland to check-out the best beer selections to see what the beer from Poland is like. While there are many good Polish beers to try and far more than we have on our list, these 10 Polish beer brands stood out as our favorites.

Zubr, meaning bison in Polish is a classic from one of the oldest breweries in Poland, dating all the way back to the year 1768.

ZUBR has a deep golden color and floral aroma with a traditional pilsner taste with a bit of caramel and a slight hop taste.

This traditional European lager is perfect for the gathering of friends and family, and is a perfect match to go along with salted pretzels.

Okocim O.K. Beer is currently being brewed by Okocim Brewery which was founded in 1845.

This “Polish pills” style of beer is one of just a handful of Polish brews separating itself from other European beer brands.

Very smooth, hints of malt, and slightly sweet. This is a very good pilsner, and as an added bonus, it’s one of the cheaper beer options, at least it is in Poland.

As their slogan says, Okocim (O.K. as it’s known) is definitely MORE than O.K, and is worthy of being on the best polish piwo list.

This Bohemian pilsner or macro lager has been growing in popularity not just in Poland, but throughout the world.

Tyskie Gronie is also the only Polish beer to have won the “Beer Oscars” twice at the British Brewing Industry Awards.

It has a distinct malt aroma and even nicer taste, with a moderate bitterness. The color is a light golden and has more flavor than the traditional big brewery beer of Poland.  It is easy to find in Poland and many large liquor stores in the United States.

Compared to some of the older breweries in Poland, Lech Browary Wielkopolski is an industrial brewery that was built between 1975 and 1980.

This light European pale lager beer is light and refreshing, highly carbonated, and best served cold. Definitely a warmer weather option. The aroma is of hay and grass, and the taste is slightly bitter and slightly floral.

This pilsner is a Polish institution, that was first brewed in 1846. It has a characteristic bitterness, an excellent aroma of hops, plus superlative clarity and a golden color.

Perla won a Bronze Medal at the International Beer Challenge and has won numerous awards in recent decades, proving it is still relevant after all these years.

This Polish lager in a German Bock style pours slightly cloudy and tastes slightly sweet, with a hint of honey, and pours a nice ruby color.

There is more than a hint of caramel which is present from first sip to finish. This beer is stronger than the taste would indicate.

The un-filtered German Hefeweizen style beer from the popular Browar Ciechan brewery is sweet but not overly so, with flavors of banana and clove, as you would expect.

It is brewed with top fermenting yeast, which is the traditional method for this recipe.

This high carbonated beer pours a pale yellow to a light-gold color, and has a high content of CO2, which is why it has a generous foam head

From one of the oldest Polish beer brands comes this smooth European pale lager.

It has a light, clear, golden color with a thick white head. Another characteristic is the lightly sweet and fruity taste, and finishes with a touch of malt.

This pale lager is one of the best polish alcoholic beverages to drink, and comes from a brewery that has been in existence for well over 150 years.

A dark malt, and a classic that represents the taste of Krakow and much of Poland, and is often compared to Guinness Stout.  It has a dark color of strong coffee with an aroma of malt, chocolate, and raisin.

One of the best Polish beer brands, this stout was created back in 1881, and it is still a favorite among the locals and tourists.

This high alcohol Black Porter that is very popular among craft beer aficionados in Poland.

The aroma is like an all-star team of dark smells such as coffee, chocolate, cocoa, It has an intense smoky, almost barbecue flavor.

This beer contains a unique fruit, the Suska Sechlonska which is a smoked dried plum coming from southern Poland.

It was also ranked #42 in The Daily Meal’s 50 best beers in the world in 2018 and “Rate My Beer” puts it as the best polish porter, and the #1 Baltic Porter in the world.

The Rich History Of Polish Beer

Beer has been made in Poland since the early Middle Ages, and Inns were selling beer as early as the 11th Century. Industrial brewing didn’t begin until the 19th Century. Porter was the first type of beer made, following its import from Britain. Soon, Poland began favoring and creating pale lagers associated with Czech, German and Austrian beers.

After the Second World War almost all breweries were nationalized under the communist regime. Following the collapse of communism and return to capitalism in the 1990s market competition returned as did international beer companies.

By the 2010s three companies controlled 80% of the beer market in Poland. Around this time craft beer started gaining popularity, and at the end of 2013 there were 97 breweries in Poland including microbreweries and larger corporate breweries. Now more than 200 craft breweries make over 500 different brands of beer.

Not only does Poland brew more beer per year than any other European country outside of Germany and the United Kingdom, the weather is perfect for the best Polish homegrown hops.

Where To Find These Polish Beers Without Going To Poland

Would you like to try one or more of these beers from Poland, but don’t plan on going to Poland any time soon?

If you can’t find these beers in your local liquor store or micro-brewery, you can order some of these Polish beers online from Drizly, and have them delivered to your home. If these beers aren’t available where you live, you can always get yourself an inexpensive beer making kit and brew your own beer at home.

If drinking new and different styles of craft beer is your thing, especially of the international variety, you might want to have a look at the International Beer Club from MonthlyBeerClub, or any of their 5 beer club subscriptions.

When you join The International Beer Club, you will get to try new and unique beers that are brewed across Europe, and are lightly distributed. 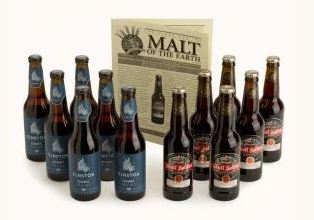 So what is the best beer from Poland?  You be the judge.  Go ahead and change it up a bit, and try something new next time you make a beer run.