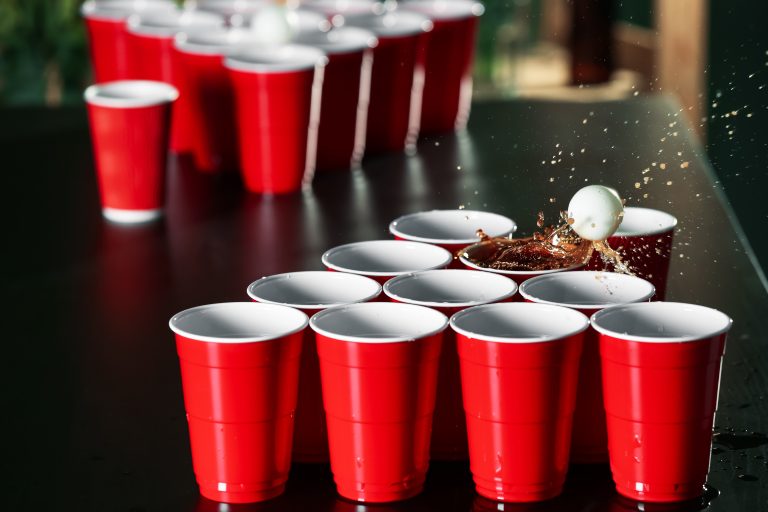 Beer has a rich, frothy history. In fact, beer goes as far back as recorded time. While it is impossible to predict exactly when beer was first invented, we know that where people gathered, there was always beer.

When you are finished reading this post, you might want to also check out the 10 worst moments in beer history.

The Best and Greatest Moments in Beer History

As mentioned in our history of beer post, beer has been around since recorded history began. Before the ancient Egyptians culture began in the fertile crescent, a.k.a. the land between the Tigris and Euphrates rivers.

This area was then known as Sumer, which we now know as Iraq. Beer then was more than a recreational drink, but had nutritional value and a high caloric content.

But from what historians have discovered, Godin Tepe had been making beer for centuries before the Chinese, since the region was rich in grains and cereals. It is possible that it pre-dated bread.

It is even likely that beer was developed in a failed experiment to make bread. Historians place these early attempts at 10,000 B.C.E., which make beer over 12,000 years old.

You read that correctly. I know, you thought your grandfather invented the game at his frat back in the 70s, but now you know: he stole it. From the ancient Greeks. Who stole it from the Sicilians, but I digress.

The winner would generally receive cakes, sweetmeats, or kisses! At higher stakes games the wealthy players would wager their servants or slaves.

Although the rules were much different compared to today’s beer pong rules, they did have different variations of the game.  Some which included knocking objects over with your wine lees (or not knocking them over). And the obstacles were placed in different places around the rooms.

While the Greeks were more wine lovers, they did consume a lot of beer and it no doubt made it into their games.

The best part: when the game was over, the servants did all the clean up!

The Great Pyramid of Giza was built. The process took roughly 20 years and utilized slaves and paid laborers in the process. Hieroglyphics from the time show the workers contracts and that these workers were paid in beer!

The pay was roughly four or five liters a day. Translating that to 12-ounce pours, that means the workers received roughly 12 to 15 beers a day! And yes, drinking on the job was encouraged. Not just because it passed the time, but because beer was a great way to stay hydrated and get nutrients under the hot North African sun.

Fun additional fact: hieroglyphics also showed over 100 different medicinal uses for beer. The Egyptians definitely got the most out of their drink!

Ninkasi was a Sumerian Goddess. Of what, you may ask? Why she is the GODDESS OF BEER. That’s right, the ancient Sumerians praised a spirit for this lively spirit.

The poem “Hymn to Ninkasi” was all about the goddess, and the poem itself included a recipe for beer. The poem infers that the goddess transferred into you when you drank the beer. Catholics will recognize this tradition as it is similar to Communion.

The recipe was mentioned in the poem so the illiterate people of Sumer could easily make the beer. Fun fact: the date above was the earliest this recipe was discovered in writing. It might have existed in oral form for nearly 1,000 years prior.

Much of early European beer that was not made at home (by the wives usually) was made by monks at monasteries. In 1,040 the Benedictine monks at the Weihenstephan Abbey in Bavaria, Germany, began brewing beer. They weren’t the first monastery to do it, and they definitely weren’t the last.

So why is this a great moment in beer history? Because the Weihenstephan Abbey is still, nearly 1,000 years later, very much open for business.

We all know about the Pilgrims landing on Plymouth Rock, building a settlement, and having Thanksgiving. Then they barely survived the brutal winter before doing it all over again the next year, and the year after, et cetera.

So why did they pick this rocky outpost in what is now coastal Massachusetts? Because they enjoyed frigid winters and the icy breeze? Because they wanted to huddle together to keep warm?

No. Because they ran out of beer.

The initial plan for the pilgrims was to take their group down to the lush, verdant area now known as Virginia, where others have already set up colonies and bragged to the folks back home about how awesome the land was for growing crops. However, as the Mayflower approached the rocky outcropping further north, they realized they were dangerously low on supplies… specifically beer.

I’m guessing that first Thanksgiving they didn’t have enough beer to go around, but hopefully they got it all sorted out quickly.

Fun fact: If they continued on to New Amsterdam (a.k.a. New York City) they could have visited a brewery which opened in 1612, eight years before the Pilgrims!

In the town of Leixlip, Ireland, a 30-year-old son of farmers brewed a dark-brown stout that quickly became popular. Seizing the opportunity, he signed a 9,000-year lease for a brewery and his beer spread across the British Empire and the world. It is still popular today, and you know it as… Dos Equis!

Kidding. This brewer was Arthur Guinness, and his Guinness stout is available throughout much of the world. And you can see the 9,000 year-long lease in the floor at St. James Gate.

It started off as a simple wedding party. Bavarian Crown Prince Ludwig married Princess Therese of Saxony-Hildburghausen (try fitting THAT name on a wedding invitation). To celebrate the nuptials, Munich citizens enjoyed horse races, feasts, and yes, drinking that lasted several days. Because it was so popular, they decide to throw the party again a year later, at the happy couple’s first anniversary.

Long after the prince (who became king) abdicated the throne, and long after he and his wife died, the party continues. We now know it simply as Octoberfest. Now the 16-day event draws roughly six million tourists each year, who consume more than seven million liters of beer and contribute over a billion U.S. dollars each year into the local economy.

Immigrants have been coming into this country since, well, since long before we became a country. Many of them are hard workers who want nothing more than a chance at the American Dream. In 1857 an 18-year-old son of Germans in the winery and beer supply business emigrated to the United States and settled in St. Louis. This young man, Adolphus Busch, had a dream. He said “it is my aim to win the American people over,” he said, “to make them all lovers of beer.”

Today, Anheuser-Busch InBev is the second largest brewer in the world, behind only Japan’s Asahi Group Holdings, LTD.

Danish physicist Niels Henrik David Bohr wins the Nobel Prize in physics “for his services in the investigation of the structure of atoms and of the radiation emanating from them.”

In addition to the accolades and esteem that comes with such an honor, Bohr took home a cash prize and a super cool gold medal. Also, the extremely fortunate Dr. Bohr was awarded a lifetime supply of beer that was piped DIRECTLY INTO HIS HOUSE by the Carlsberg Brewery.

That’s right, the good doctor received free beer for life coming out of a tap in his own home. The moral of this story: STUDY YOUR SCIENCE, KIDS!

And finally, one more great moment in beer history:

That’s right, this very moment is a great moment in beer history. Why? Because of the sheer number of people drinking beer right at this very second.

Factoring in the world population (which is roughly 7.8 billion), the number of people who are of drinking age and can afford alcohol, means that there are over a million people drinking alcohol right now.

Since beer is the most popular alcoholic beverage and that one out of every three drinkers consumes beer, that means there are roughly 333,000 people drinking a beer or using beer for something else at this very second.

It truly is five o’clock somewhere. 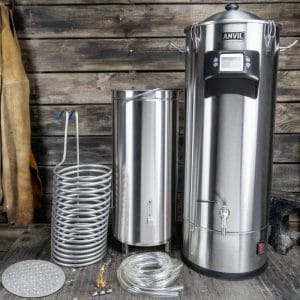 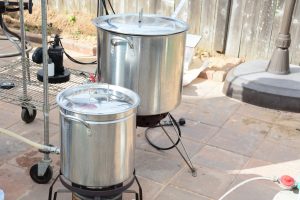 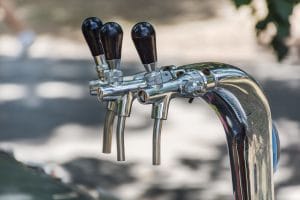 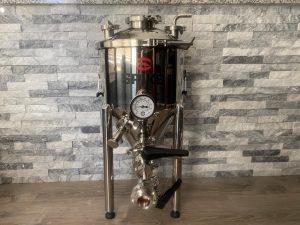 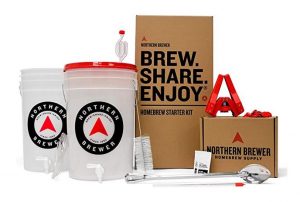